What a bevy of beauties -- best friends for over a decade. They were adventurous and playful and a photographer's dream!

This photograph demanded some dreamy photoshop processing...I love it. Would love to do a theme of dancers in fields and in the woods, so if you have long flowy dance costumes and are interested in modeling for me, shoot me an e-mail at goodhart photography @ gmail.com (no spaces).

Katie turned 18 -- this was a birthday shoot for her, our dearly loved long time babysitter. She's got such a bright future ahead of her -- I'm looking forward to hearing about her accomplishments in the years to come.

And yes, this is a dumpster behind this gorgeous girl, but the brilliant blue really struck me and I love the way the sunlight looks hitting her hair.

No reflectors here, this is natural light at our local Starbucks.

And my parting shot.

Shannon is an adorable little girl, with dark eyes and braids and a fleeting smile that lights up her face. She loves to swing, to jump on her trampoline, to climb her play equipment and go down her slide, to listen to Beyonce's, and be around her family.

Shannon has autism, specifically Phelan-McDermid Syndrome, which has a specific known genetic cause. Her symptoms present as a child with low functioning autism. She is non-verbal, still in diapers, and engages in "inappropriate" behavior such as mouthing and eloping.

Shannon is capable of learning, although she is on a much different developmental path than most people. Every milestone she has reached -- rolling over, walking, signing a few words -- has been hard won, through determined and repeated instruction by her family who never gives up on her and advocates so successfully for her, by the private therapists who work with her daily, and by the special school, Alternative Paths, she attends and will attend until she turns twenty-one.

Shannon's parents try to give Shannon's siblings as normal a life as possible, complete with beach vacations. However, Shannon has no sense of danger, and can disappear in the second it takes to add sugar to your coffee. So they acquired a specially trained dog, Brutus, to help them keep track of her when they go out. Brutus is tethered to Shannon, enabling the family to enjoy outtings.

While Shannon can't speak, she can presently sign about seven words. Improving her communication skills is one of the family's major objectives, and several hours every day are spent patiently reviewing the words she knows and teaching new ones.

In spite of how differently from most of us Shannon perceives and understands the world around her, she is a happy, easy-going child. She loves her family and they love her, and they appreciate how Shannon has helped them be more patient and compassionate. Her family doesn't know what the future has in store for her, but they take it one day at a time.

To see my other posts highlighting faces of autism, click here and here.
Posted by Goodhart Photography 5 comments:

This is Olivia. She's beautiful.

She's also intelligent, emotional, and kind. She loves nature, animals, and singing. Listen to her sing the Star Spangled Banner below.

She has many gifts, but her autism does make some things much more difficult for her, such as friendship. The negotiating, the give-and-take, the body language, the way inflections change the meaning of words -- much of this is beyond Olivia's abilities right now.

Her intelligence serves her well, however. One day at school a group of girls were playing, and Olivia wanted to join in. So she went to the nicest girl in the group and asked if she could play with them, and the girl said yes. Later that evening, Olivia drew a picture in her diary of a group of girls, and she wrote, "I'm part of the group". As her mother questioned her, she realized how extraordinary this was, all of the complex steps Olivia had taken to achieve her objective:

1. She realized she wasn't part of the group
2. She wanted to be part of the group
3. There was an impediment, one or more of the girls were likely to say "No" to Olivia if she asked to play
4. She choose the nicest girl to ask, thereby increasing the likelihood of success.

Other challenges Olivia faces include remaining calm when her expectations don't meet reality. She can cry easily at school when, for example, a substitute teacher makes a new request or changes a routine that the regular classroom teacher has established.

And she also has anxiety, not just about routines being changed, but sometimes about ideas or images that she can't help perseverating on.

She knows some people in school think she is "weird", but she also knows she isn't "weird", she just has autism. Listen below to hear her message about autism:

Enjoy your sneak preview! You guys were all amazing. Your gallery for ordering prints will be available sometime next week. E-mail me at goodhartphotography @ gmail.com if you don't receive the password before spring break.

Hair and make-up by Meredith Ehler.

Feel free to leave a comment so I know you stopped by!
Posted by Goodhart Photography No comments: 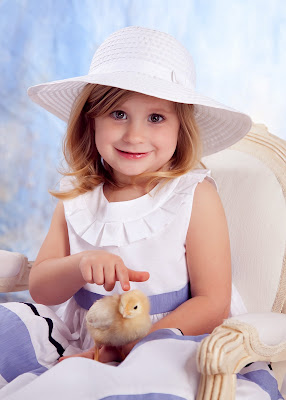 So the baby chicks have been a huge hit, with my family and clients. They are all ready to go back to the farm on Friday, to Melinda Moh's Pasture Raised Eggs. Don't worry if you missed the chicks this year, I'll be getting them next year too! 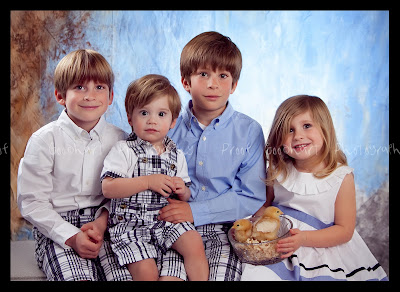 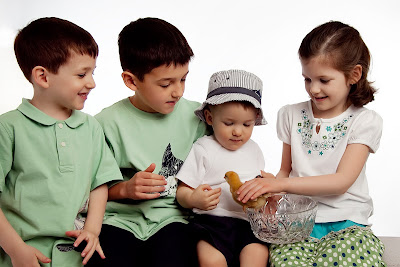 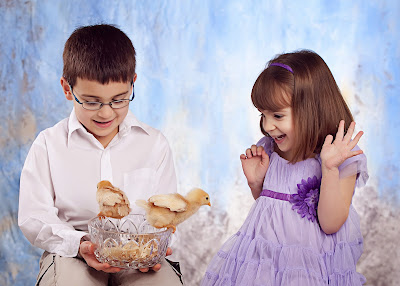 Email ThisBlogThis!Share to TwitterShare to FacebookShare to Pinterest
Labels: little ones

In honor of Autism Awareness Month, I am offering four families with autistic children complimentary photojournalistic sessions, in exchange for being featured on my blog.

This is Michael. He's 7 years old. He loves the movies Cars, Ice Age, and Spongebob. He enjoys riding his bike and playing video games. He love his Mom, Dad, sister and grandparents. Sounds like the description of any typical 7 year old boy. There is one major difference -- Michael is autistic.

When Michael was about 22 months old, he stopped pointing to things, and he lost any sense of purposeful play. Whereas other children might move a car across a floor and play with it, an autistic child can spend 20 or more minutes just spinning the wheels.

Because his parents were familiar with autism, they quickly assembled a team composed of a psychologist, an Occupational Therapist, a Speech Language Therapist, a Physical Therapist, among others. They ran a battery of tests before diagnosing Michael with autism. The family immediately began a variety of therapeutic programs, including ABA (Applied Behavioral Analysis), a very popular program for teaching language.

One of Michael's parents' favorite memory is when Michael spoke his first spontaneous words at around 26 months. The family had stopped at Vacarros in Baltimore, hungry for canoli and coffee. Michael was staring intently at a plate of cookies. The woman behind the counter smiled at him and offered him one. He accepted happily. As the family left the restaurant, the woman called out, "Goodbye!" and Michael responded, "Bye bye".

Michael has learned a lot over the years, he's learned to speak and has good manners. When we met, he extended a hand to greet me, his eyes flickering up to mine for brief contact before darting away.

Yet some things are still hard for him. "There's a lot of similarities between autism and Alzheimers Disease," noted his father. Michael can't read yet, because he has trouble remembering the sounds letters make from day to day. He craves routine and can get very upset when his routines are changed. He often repeats himself, and his stories.

On the other hand, Michael is a beautiful little boy with a playful spirit who is capable of learning and communicating. "People just need to have a little patience," says his father, and they need to drop their preconceptions at the door because "autism presents itself differently in every child".

Autism rates are on the rise. It is 10 times more prevalent today than it was thirty years ago. Part of the increase can be explained by better diagnostic tools. Most children will show some signs of disrupted development by 12 months of age, and pediatricians are on the lookout for it. The sooner intervention can be started, the earlier adaptive and behavioral skills can be taught, the better the outcomes for most children.

Autism is widely believed to have a genetic root. If one child is autistic, there is a 5-10% chance siblings will also be on the autistic spectrum. For identical twins, the rate jumps to 60%. The fact it is not 100% with genetic twins seems to indicate that environmental factors may also be at play.

Autism is a spectrum disorder, meaning that those affected can exhibit a wide range of symptoms. But the hallmark of autism is impaired communication and social engagement. Many autistic children have delayed or echolalic speech, limited eye contact, and impaired abilities to initiate or sustain conversations once they learn to speak. They also frequently have sensory issues, a preoccupation with objects or subjects, and a rigid adherence to routines and/or rituals.

Autistic children can learn, however, and with regular, intensive intervention continue to make progress. They need understanding and patience. They simply are not on the same developmental trajectory as other children.

What a pleasure to photograph this lovely child! Dressed in white to symbolize purity, R is preparing to go through a special rite of passage for Catholic children, First Holy Communion.